3.3 Block Reward: The reward for the miners

Privat: Bitcoin 1×1 3.3 Block Reward: The reward for the miners

Bitcoin Mining costs energy (electricity) and therefore a lot of money. So why should miners be willing to bear these costs? And where do new Bitcoins come from? 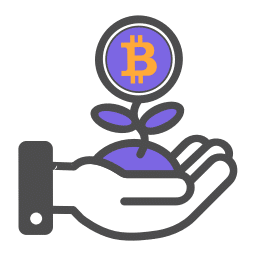 The miners receive a reward for their computing power. This is also called the Block Reward. It is the reward that may be awarded to the Miner who is the first to find the solution to the proof-of-work puzzle.

However, only one of the candidates wins the race, so only one Miner gets the Block Reward. The miners compete with each other in the search for new blocks. Each time someone successfully solves the puzzle and creates a hash, they currently receive 12.5 Bitcoins. The block chain gets an update through the hash and everyone gets to know about it. This incentive system rewards the mining that keeps the transaction processing going.

The Block Reward consists of:

This website uses cookies to improve your experience while you navigate through the website. Out of these cookies, the cookies that are categorized as necessary are stored on your browser as they are essential for the working of basic functionalities of the website. We also use third-party cookies that help us analyze and understand how you use this website. These cookies will be stored in your browser only with your consent. You also have the option to opt-out of these cookies. But opting out of some of these cookies may have an effect on your browsing experience.
Necessary immer aktiv
Necessary cookies are absolutely essential for the website to function properly. This category only includes cookies that ensures basic functionalities and security features of the website. These cookies do not store any personal information.
Non-necessary
Any cookies that may not be particularly necessary for the website to function and is used specifically to collect user personal data via analytics, ads, other embedded contents are termed as non-necessary cookies. It is mandatory to procure user consent prior to running these cookies on your website.
SPEICHERN & AKZEPTIEREN
Login
Accessing this kurs requires a login. Please enter your credentials below!
Lost Your Password?